The potential cost of data loss for your company

Data loss has long been a contentious issue. In 2018 alone, big names such as Bloomingdales, Macy's, and Reddit have joined the ever-growing list of breach victims. However, despite efforts on the part of security vendors and organizations, the rate of infection and the vast number of threats continue to spike while hackers are becoming more savvy just enough to fly under the radar of advanced security solutions.

Let's take a look at the overarching environment of data breaches, including stats and figures that demonstrate the size and impact of current threats. According to Breach Level stats, there were over 3.3 billion records breached in the first half of 2018. To further break it down based on records compromised, that's roughly 9 million compromised records per day!

Surprisingly, a majority of these were due to unintended disclosure of data, malware, and physical data loss. It also takes an average of 191 days to even realize that a breach has occurred, which creates even more problems for businesses because more data can be stolen or lost the longer they fail to address the breach.

What's worse, data loss is extremely expensive. Based on a data breach study by Ponemon Institute, the global average cost is at $3.6 million ($141 per data record). The cost of data loss also depends on the size of the breach; for a breach that results in less than 10,000 records compromised, "the average total cost is $1.9 million, but for 50,000 or more that rises to $6.3 million". 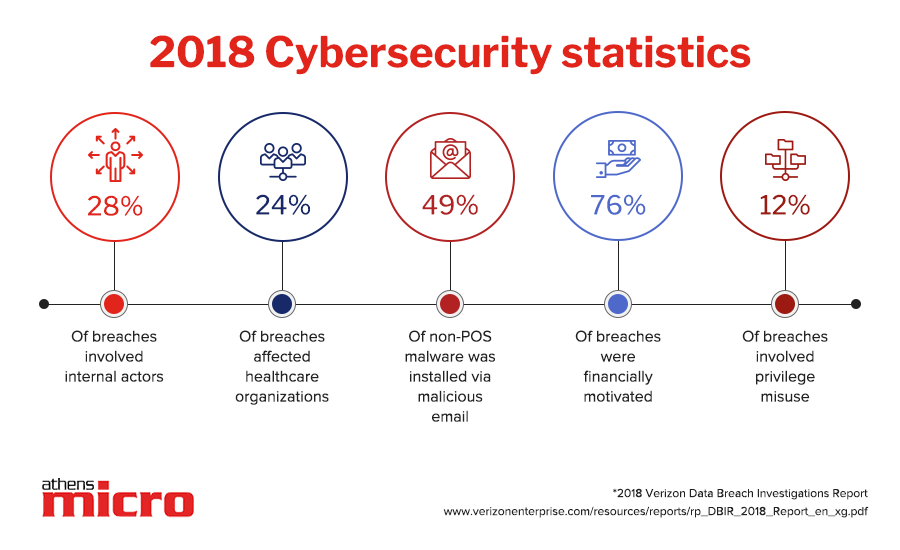 It's not just the cost of the lost records companies have to worry about. There are other forms of loss such as disruptions, reputation damage, and legal fines that could cost a significant amount of money. To sum it up:

Downtime caused by data loss can adversely impact your company's productivity and profitability. An hour of disruption can cost a small company $8,000, a medium company $74,000, and larger enterprises roughly $700,000.

Typically, an affected business will take 18.5 hours to recover data from a disaster, but this is not counting the aftermath. Sadly, 43% of companies never fully recover and may end up closing their doors for good.

The repercussions may include legal fees, loss of opportunities, productivity loss, cybersecurity problems that could lead to vulnerable systems, and reputation damage. With a company’s reputation often reflecting their worth, it’s important that any damage, if unavoidable, is limited. Additionally, businesses might have to deal with mandatory disclosures and pay fines.

Unfortunately, despite statistics, most SMB owners still don’t have a disaster recovery plan. Data loss is not something you can afford to ignore. If you don’t have the right IT solutions in place or the right data recovery policies, you can lose your critical business data and spend a massive amount of money to recover.

Before disaster strikes, plan ahead to safeguard your business against the consequences of a data breach by having a robust disaster recovery solution in place. Athens Micro can protect your company’s critical assets. Call us now to learn more and have our consultants explain the benefits of partnering with a trusted security solutions provider.

Avoid losing your business to data loss. Get our FREE eBook to learn how.Download now
+
We use cookies to ensure that we give you the best experience on our website. Unless you've selected "Allow", our website will deactivate the cookies session by default.AllowRead more